MOVING AS A THOUGHT PROCESS 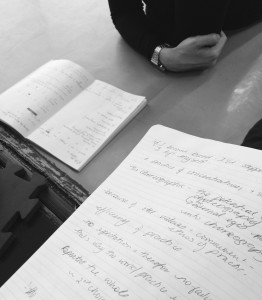 Funded by Arts Council England and supported by Trinity Laban Conservatoire of Music and Dance, this research is made of studio work phases punctuated by public events such as workshops and presentations. Past activities have included presenting at Parallax event (London), teaching students at the Hong Kong Academy for Performing Arts as well as delegates of the International Association of Dance Medicine and Science annual conference.

Initiated by Tara Silverthorn and developed by Eleven Farrer House, Circle of Perpetual Choirs is a project in the round, where the audience are placed, quite literally, at the heart of the work; centred inside the action. It is a choreography that is comprised of four solo dances, which come together.
Research and Development exposed concerns with the aural and acoustic dimensions of movement, of how  moving can feel like sounding, and of how such properties may be experienced, heard, sensed by those present.
Supported by Arnolfini (Bristol), Dream Time residency (a creative initiative between Dance Base, The Studio On The Green and LIVE Borders), Arts Council England and Creative Scotland.

Site-responsive project initiated by Cat Westwood and developed with Eleven Farrer House, with music composed by Sarah Westwood. Two different journeys guided the audience around Wolstonbury Hill (South Downs National Park); enlivening it for two performances and looking to give immersive bespoke experiences. Developed with the support of Arts Council England and the Rebecca Skelton Fund and programmed as part of Hurst Festival, the two journeys gathered over 60 people age 5 to 70! 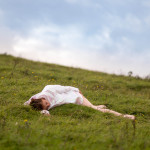 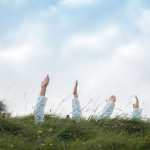 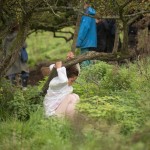 Five-week creative process led with Eleven Farrer House, collaborating with final year students at Trinity Laban Conservatoire of Music and Dance. The piece formed around the question: ‘How do we build something together?’.
Supported by Arts Council England, Landscape of Giants was a world that built and unbuilt, allowing the individual and the collective to slip together, visibly and invisibly; performed twice at the Laban Theatre. 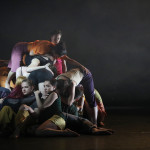 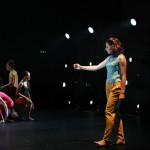 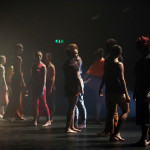 Site-specific dance performance choreographed by Bénédicte Raffin with live music by Philippe Deschepper.
CoRPs & CiTés involved seven dancers and three musicians and was presented on the rooftop of Le Corbusier’s Cité Radieuse, one of Marseille’s most famous buildings, as well as in the courtyard of Marseille’s Prefecture (France). 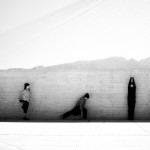 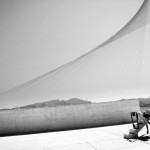 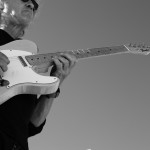 Project initiated by Gaelin Little and developed by quartet Eleven Farrer House, thanks to the Norfolk County Council and the Rebecca Skelton Fund.
Site-specific dance performance located in and around the land-based Happisburgh lighthouse on the Norfolk coastline in England, Disappearance at Sea piloted a series of lighthouse performances to be created as part of the long-term project Alighting Shores. 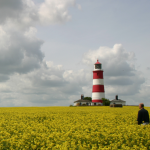 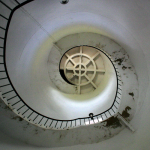 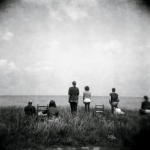 Performances in works by Xu Zhen, Yingmei Duan and MadeIn Company during three-month exhibition at the Hayward Gallery, Southbank Centre in London.

Art of Change – New Directions from China was the first major exhibition to focus solely on contemporary installation and performance art from China. It presented large-scale installations and extraordinary live art by some of China’s most innovative artists, in works dating from the 1980s to the present day.

MOVE: CHOREOGRAPHING YOU – ART AND DANCE SINCE THE 1960s

Performances in works by Tania Bruguera and Pablo Bronstein as part of three-month exhibition at the Hayward Gallery, Southbank Centre in London.

Move: Choreographing You – Art and Dance since the 1960s explored the interaction between art and dance from the late 1950s to the present.